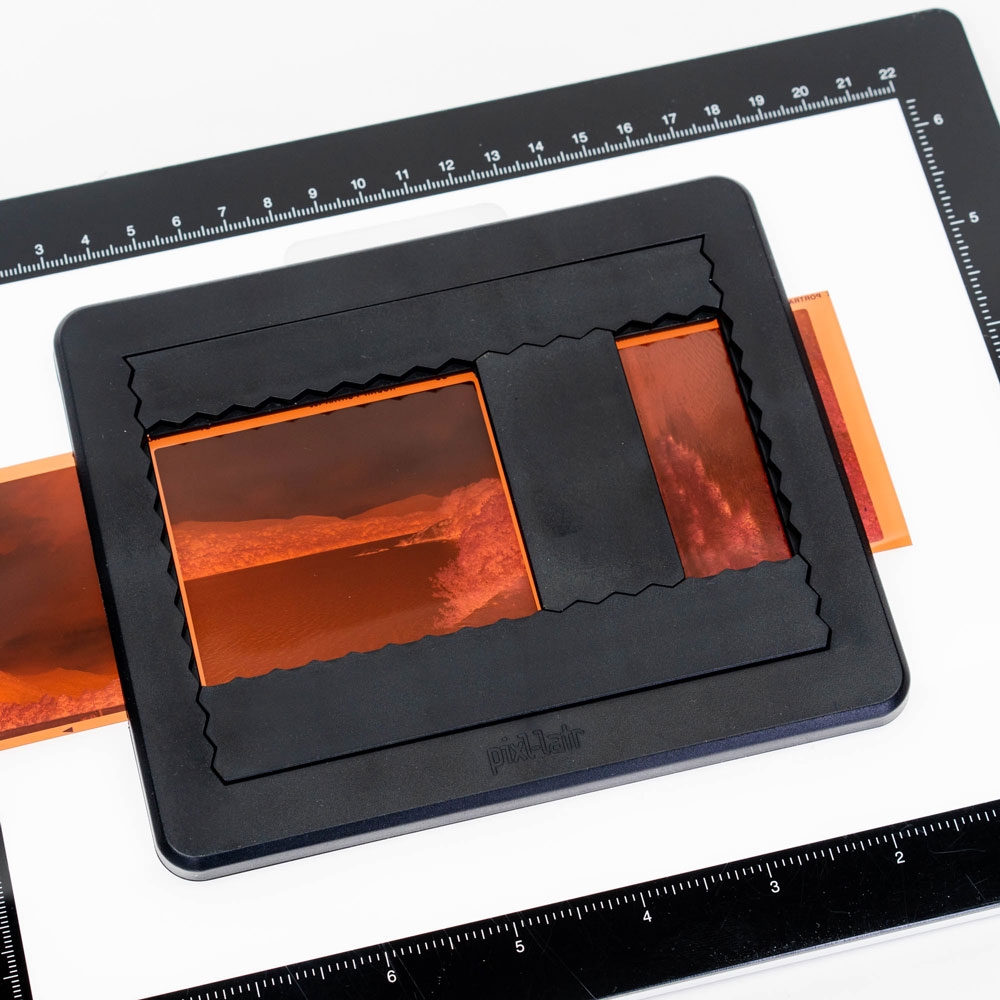 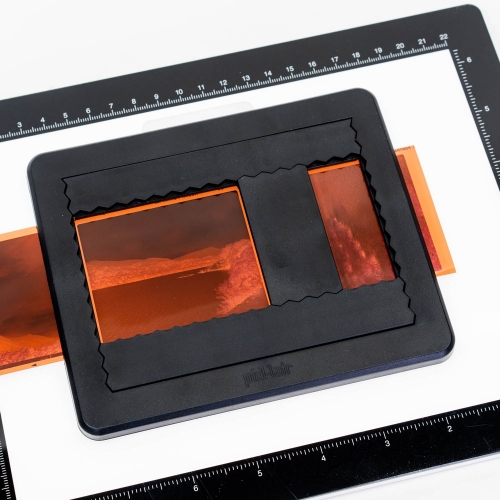 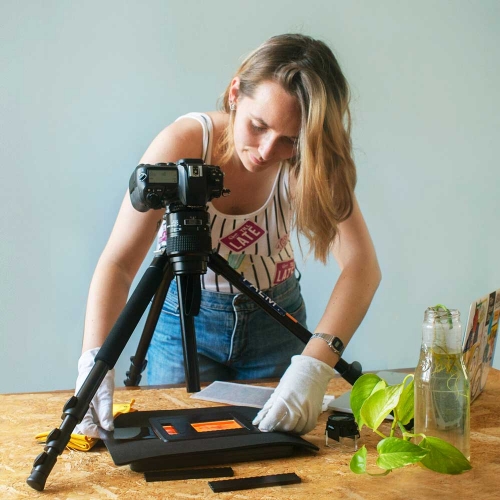 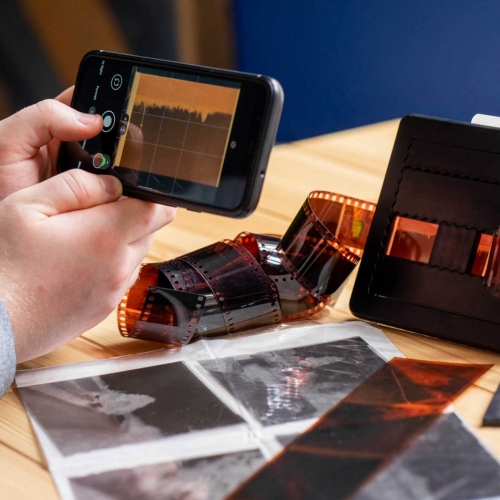 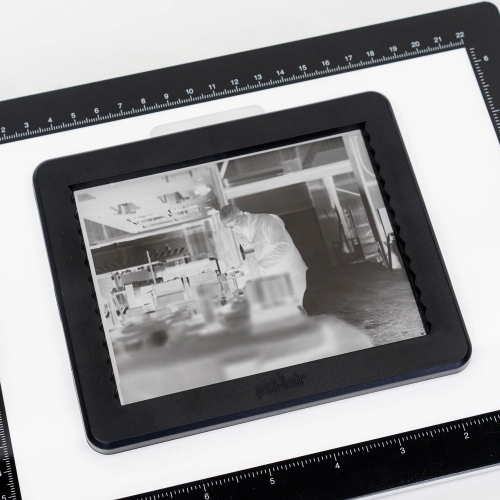 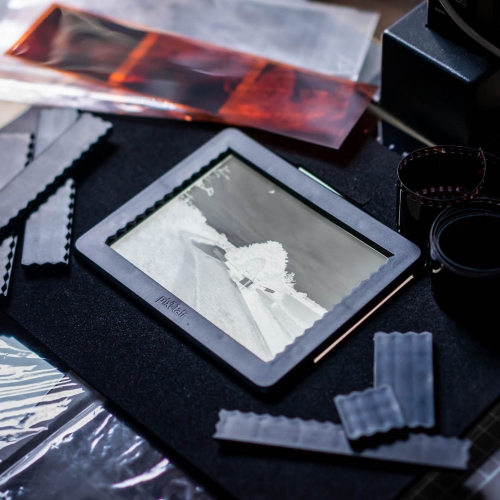 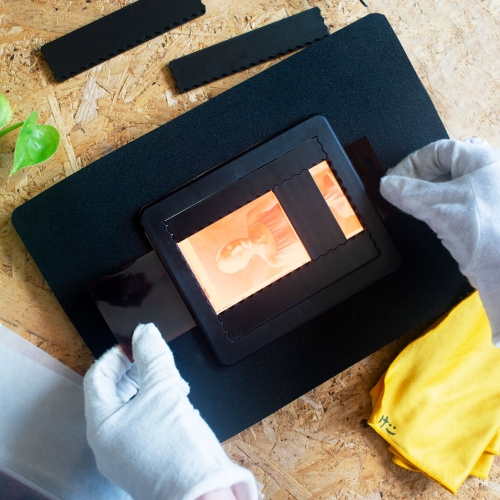 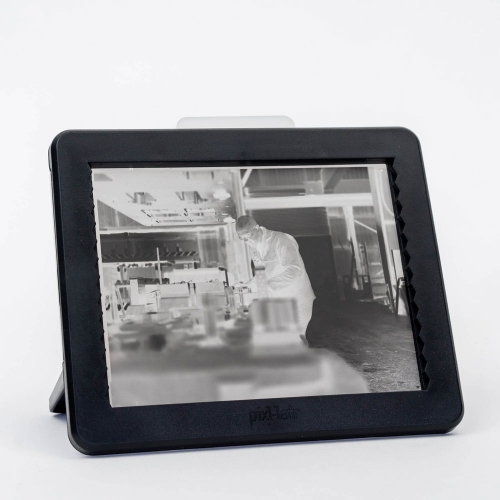 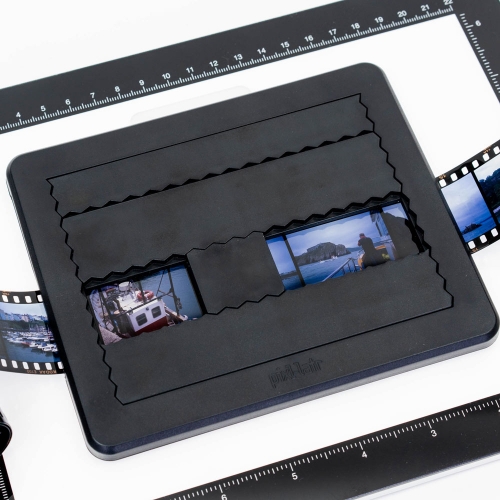 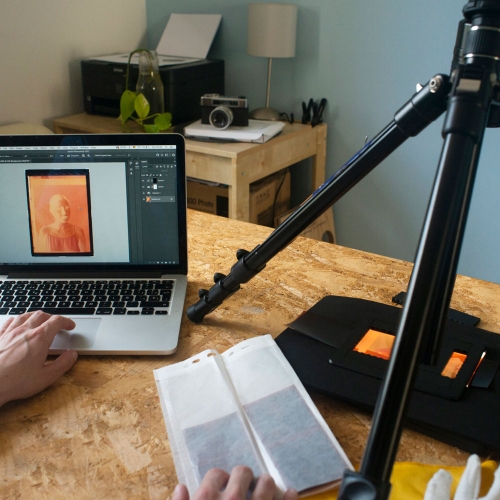 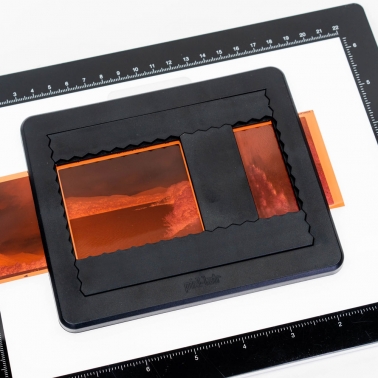 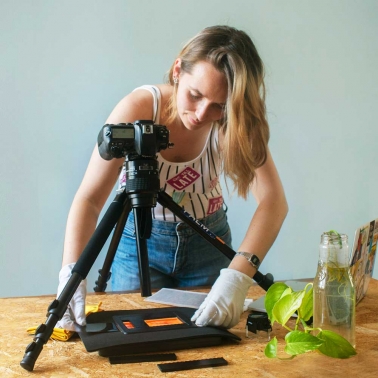 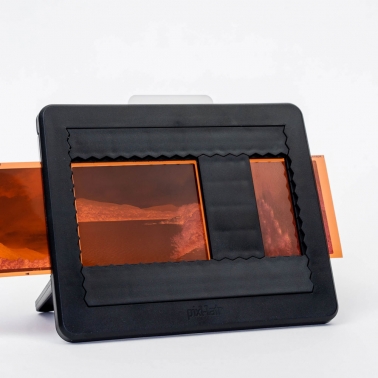 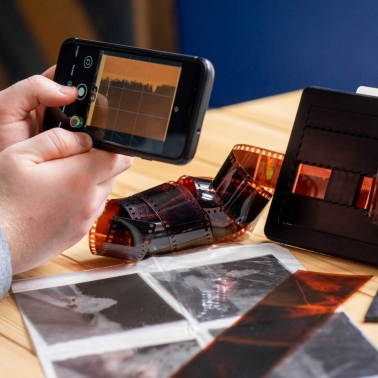 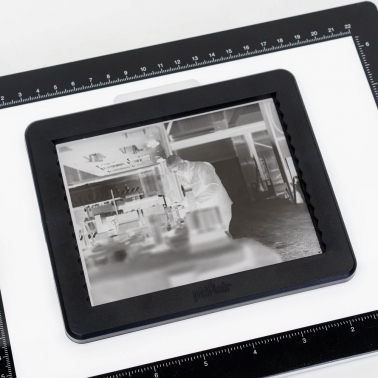 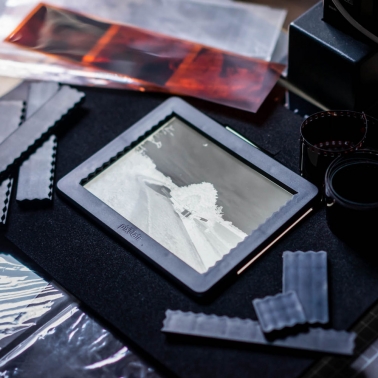 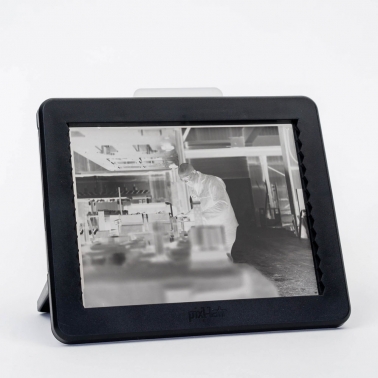 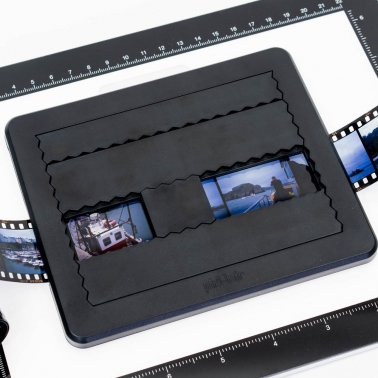 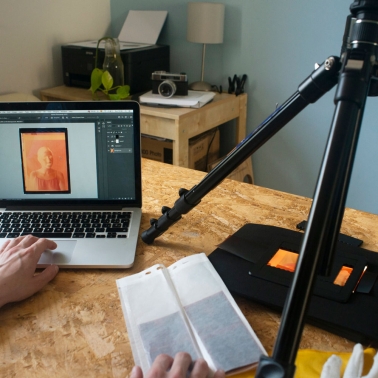 The Pixl-latr is a film holder designed by Hamish Gill from the well-known analog photo blog 35mmc and available on the market after a successful Kickstarter campaign. It aids in the process of digitizing film negatives and slides with a digital camera or smartphone. It allows you to camera scan 35mm, 120 and sheet film negatives in a simple and effective way. It is the most budget friendly solution on the market today to keep film negatives flat during the camera scanning process.

If you’ve ever tried to digitize a film negative or slide with a digital camera, you’ll know that two of the biggest headaches are keeping the film in place and flat and backlighting it in a uniform manner. Pixl-latr is a low cost, simple but effective film holder for solving both of these problems when digitizing 35mm, 120 (up to 6×12), and 4x5" film formats.

The patented design of the Pixl-latr is simple but thoughtful. The frame holds the film in place, while the gates keep the film flat. The horizontal gates hold the film along the edge of the whole strip and the vertical gates hold the film at, or close to, the edge of the frame being digitized. In the case of 4×5" film the gates are not used and the film is placed on all four edges of the frame. When digitizing 35mm and 120 roll film, the frame has a cutout on each side so the film is held flat to the diffuser when in use and allow the film to be pulled through Pixl-latr between the digitization of each frame. The diffuser has the simple job of diffusing the backlight. This enables Pixl-latr to be used with a wide variety of light sources like the Kaiser Slimlite or the Basic Light Source from Negative Supply. The diffuser has a light texture which prevents Newton rings occurring when the film is in contact with the surface of the diffuser. If you would like to find out how the Pixl-latr works in more detail, than take a look at the Getting Started Guide from the maker of this product.

The version that will you will receive concerns the latest version, version 1.3 which has some improvements compared to previous models. The first two improvements are to the frame and diffuser which are now made to tighter tolerances. In addition to these tweaks, every unit comes with stick-on non-slip feet. These feet provide just enough friction to stop Pixl-latr from slipping around on a surface whilst still allowing it to be moved with ease. The feet should be stuck to each of the 4 corners of one side of the diffuser. 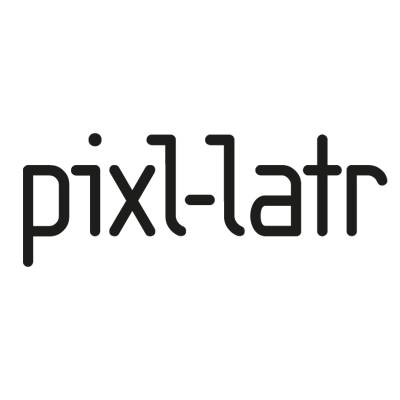 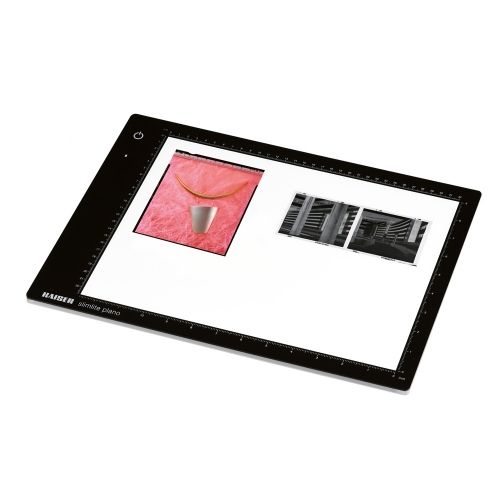 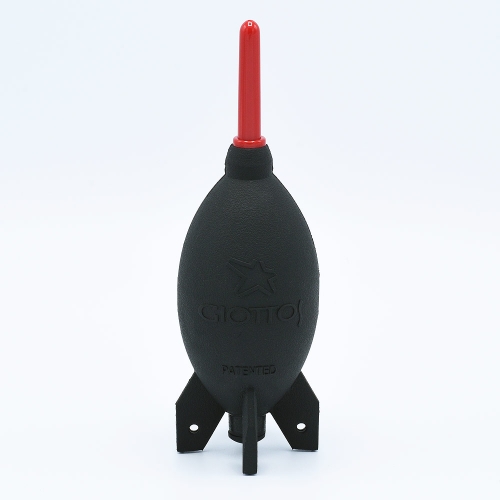 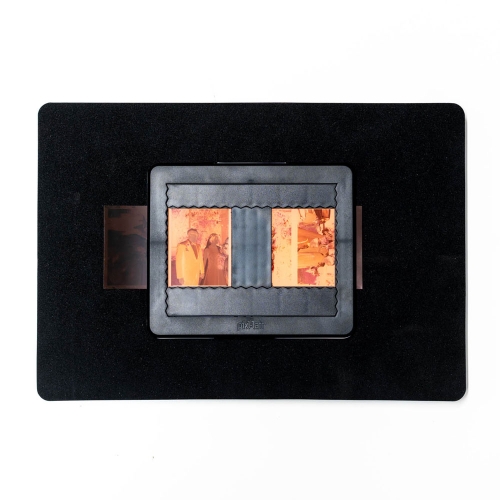 Price € 11.53
Own a Pixl-latr film holder? Then this stabilizing mask as must-have accessory to further improve your scanning workflow! It is designed to accompany the Pixl-latr when used flat on a light source,... 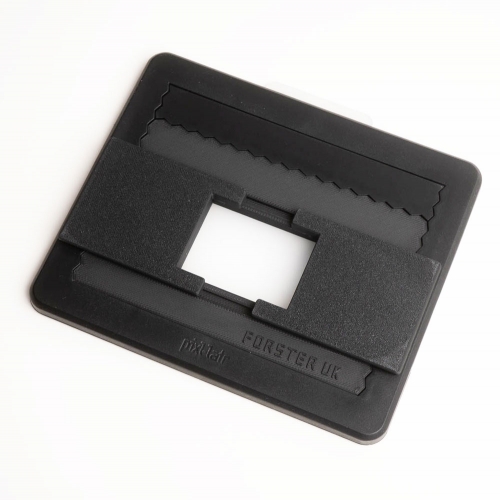 Price € 14.01
Designed by Simon Forster, the Forster Sprocket Scanning Gates V2 fit into Pixl-latr in the same way as the stock gates. The gates and masks allow a length of 35mm film including the sprocket...

