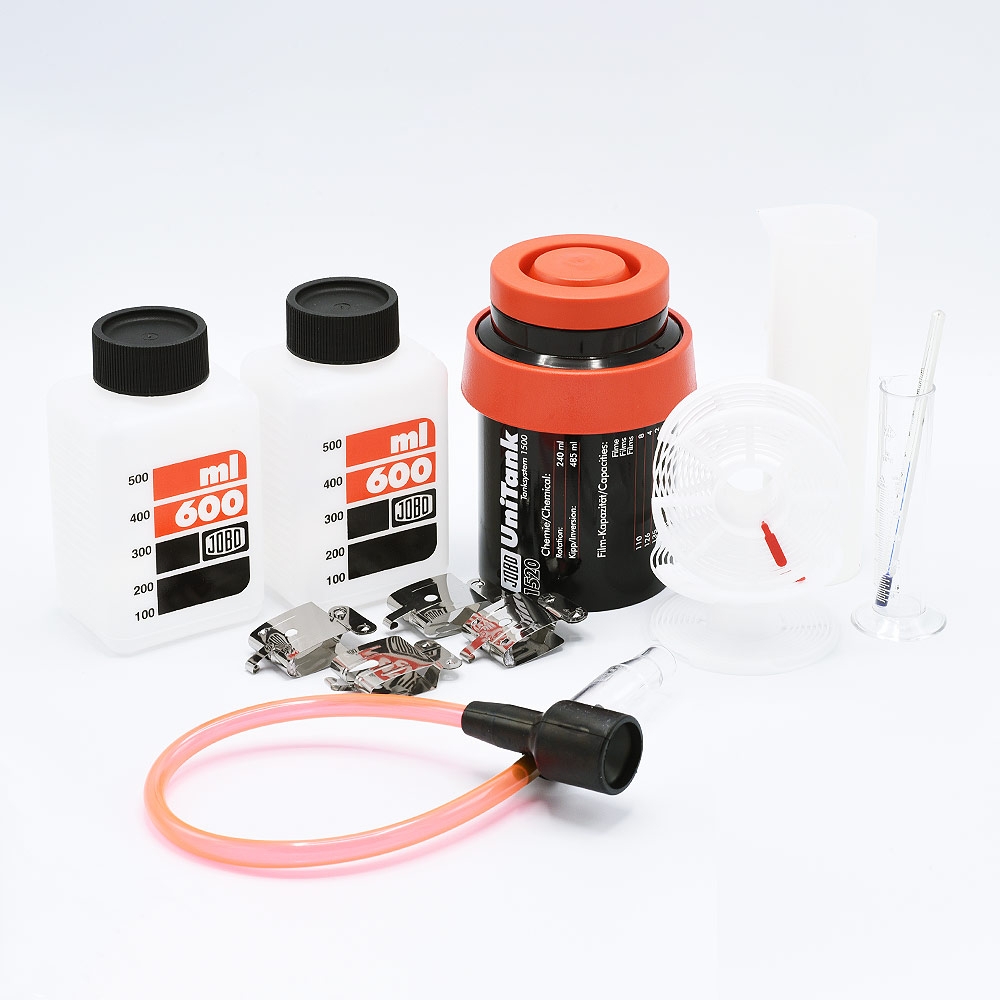 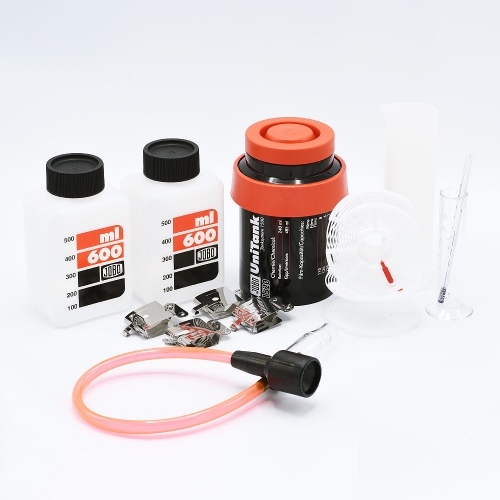 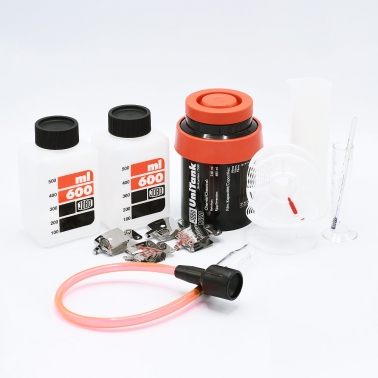 The Jobo Lab Kit Medium contains all you need to develop your 35mm films and 120 roll films. The only thing you need is the appropriate photochemistry for developing black-and-white or color films. Are you new to the world of analog photography and not sure yet which chemistry is the most suitable? Send us a message and we will help you!

The Jobo 1520 UniTank developing tank was designed for the most economical inversion processing of 35mm and 120/220 film, requiring up to 30% less photochemistry compared to tanks for inversion processing of other brands. The trusted and reliable lid effectively and easily seals the tank which ensures a clean development of film without any leaks.

The 1520 tank comes with one adjustable 1501 tank reel for the development of one 35mm film or up to two 120 films. The package also contains the standard red tank lid for manual inversion development. The UniTank can hold up to two 1501 reels making it possible to develop two 35mm films simultaneously. For this you'll need to buy an additional 1501 film reel since the tank only comes with one reel. The tank can also develop two 120 films when using the integrated clip of the film reel. Every 1501 reel is equipped with a red clip which makes it possible to to load two roll films end-to-end onto one film reel without any risks of overlapping. Because of this possibility, the 1520 UniTank can develop two roll films simultaneously despite the fact that the tank holds only one 1501 reel with the adjusted size for roll film. If you don't use the clip, the tank can develop one roll film.

When using the tank for inversion processing by hand the tank must be filled with at least 485ml of photochemistry making it one of the most economical ways to develop multiple 35mm and roll films. For rotary processing with a compatible Jobo processor, the tank only needs 240ml of photochemistry to do the job. In that case the tank also needs to be fitted with a cog (#1505) in order to attach it to the lift of the processor or a tank magnet base (#1504) if the processor is not equipped with a lift. Both accessories are not included and sold separately.

Last but not least, the kit also includes a 20ml Vitlab graduated cylinder, ideal for when using developers with high dilution ratios such as Rodinal. Two sets of stainless steel film clips from Kaiser for hanging your film to dry and a small thermometer that is also suitable for developing color film (measures up to 50 °C).