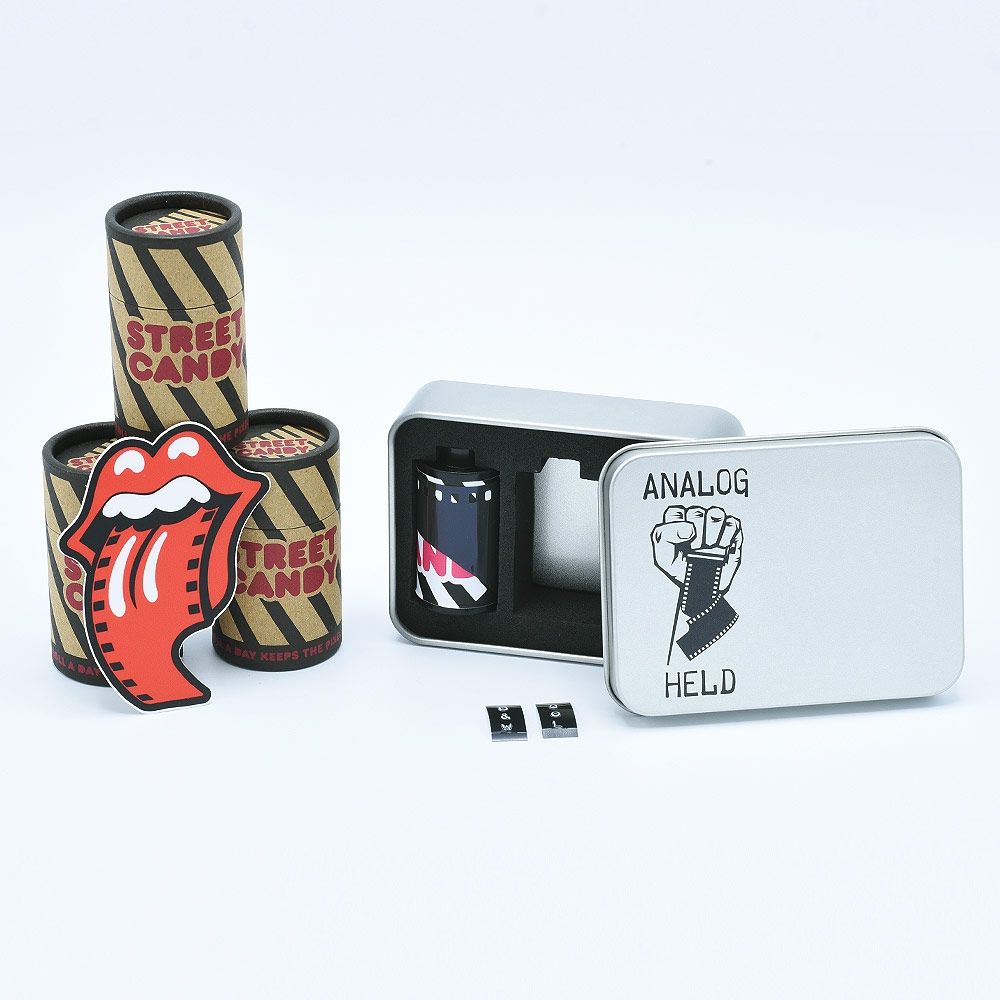 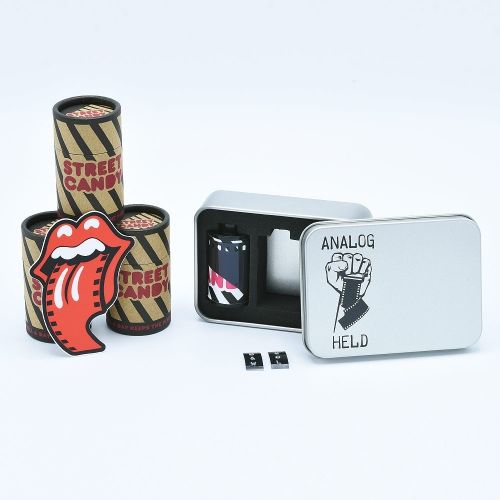 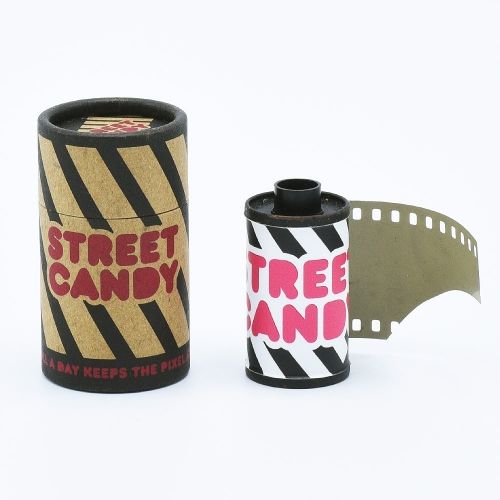 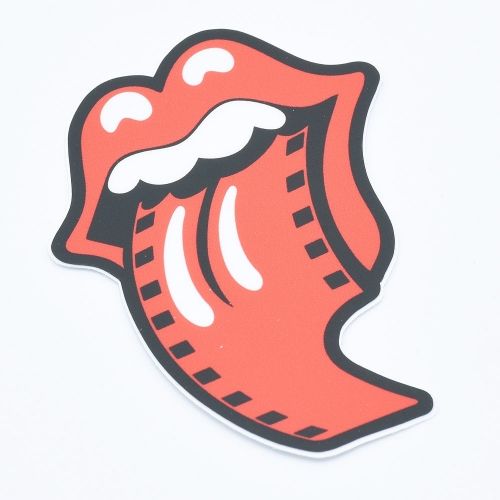 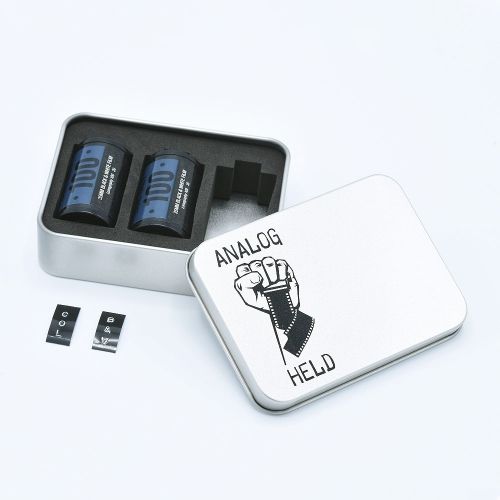 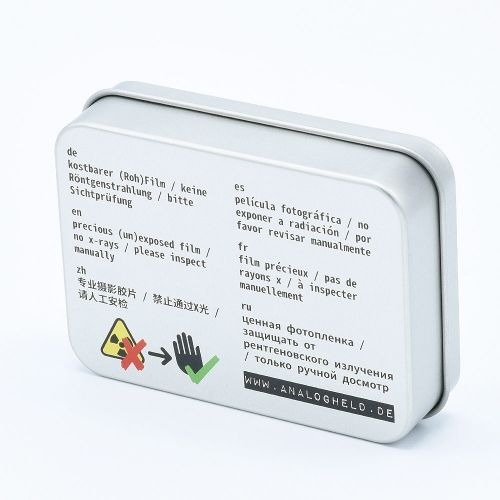 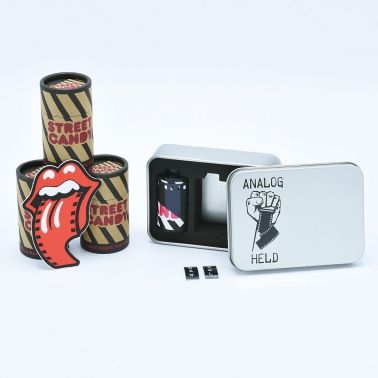 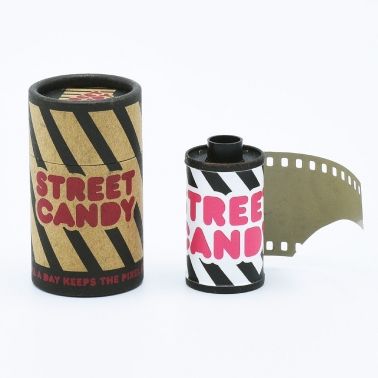 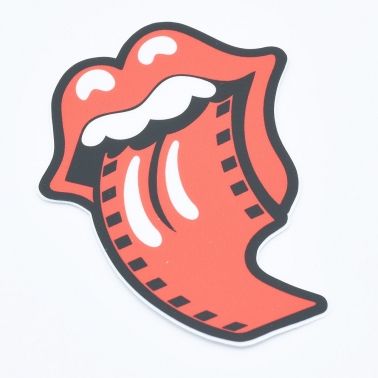 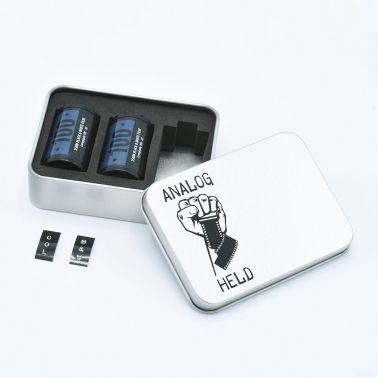 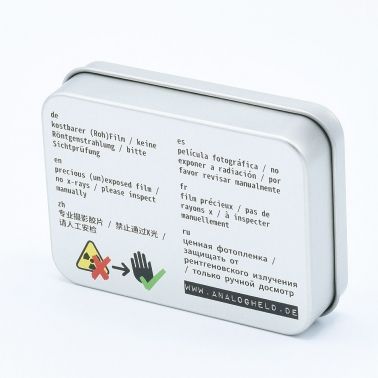 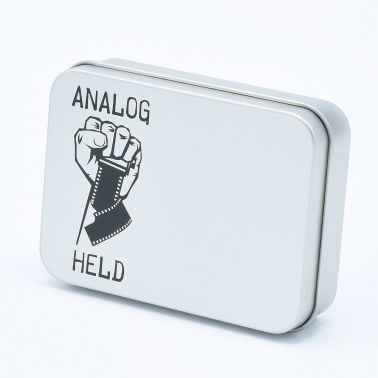 The Street Candy x Analogheld 35mm Kit is the ideal way to discover two brand new products in the world of analog photography at a great price. Next to the established brands like Ilford and Kodak, we also like to highlight new brands that contribute to the future of analog photography. The French Street Candy and the German Analogheld are two of those brands that recently joined the scene. This kit consists of three rolls of Street Candy 35mm black and white film, "Rolling Film" sticker and a stylish Analogheld case for three 35mm films.

Street Candy ATM 400 is a 35mm panchromatic black-and-white negative film. Originally coated for security surveillance cameras and intended to fight crime against humanity! It was mostly used in banks at ATM's, offices or any other sensible locations. Street Candy has given the emulsion a new life so you can shoot it with your favorite 35mm camera.

ATM 400 will give a beautiful contrast to your images while retaining rich details throughout its wide dynamic range. Being a ISO 400 film, it’s easy to shoot, forgiving and becoming a favorite black-and-white of many film (street) photographers.

As what concerns developing, the development times and dilutions are similar if not identical to the ones of Ilford HP5.

Please note that Street Candy ATM 400 comes in recycled film canisters and does not have any DX-coding.

Rolling Film sticker designed by the man behind the Street Candy films. Nice to decorate your film case, laptop or VW van with!

The sticker is made of a thick, durable vinyl that protects the sticker from scratches, water and sunlight.

Analogheld is a new, young, German brand that brings stylish accessories to the market for every enthusiast of analog photography. With the 35mm Film Case, Analogheld brings its second product on the market after the release of the 120 Film Case. This durable metal film case is suitable for storing three 35mm films and features the catchy Analogheld logo at the top.

This sturdy 35mm film case allows you to safely store your films during a trip close to home but also for adventures in distant regions. Travelling with film is becoming increasingly difficult as many airports around the world install CT scanners that are very dangerous for (un)exposed film even though they are safely stored in a case like this one. That's why the bottom of the Analogheld Film Case is equipped with a handy warning indicating to check film by hand in six languages: English, German, Spanish, French, Russian and Chinese (Mandarin).

Each case comes with two small labels (B&W / COL) that can be fixed to the case. Handy for when you want to keep colour films and black-and-white films separate. 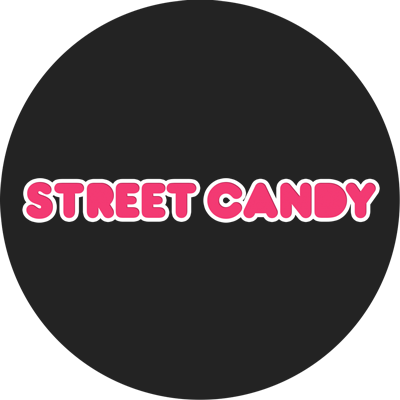