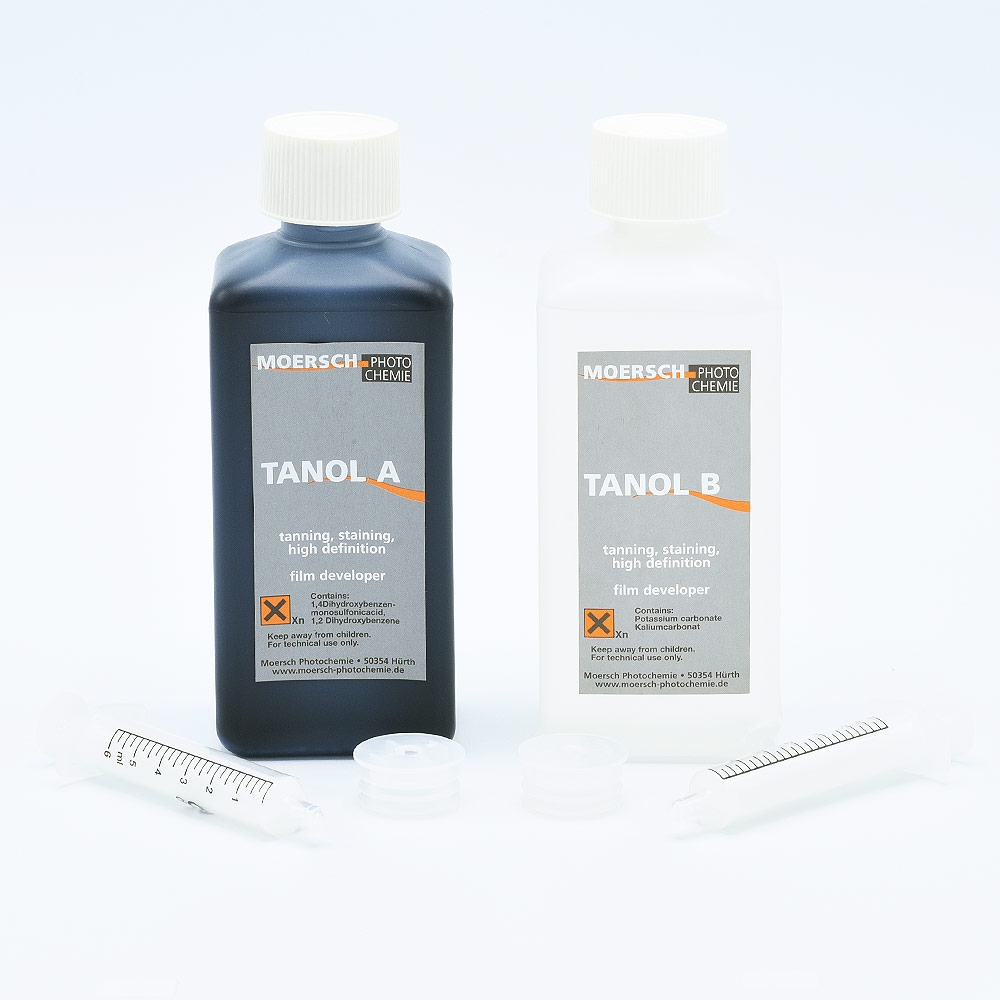 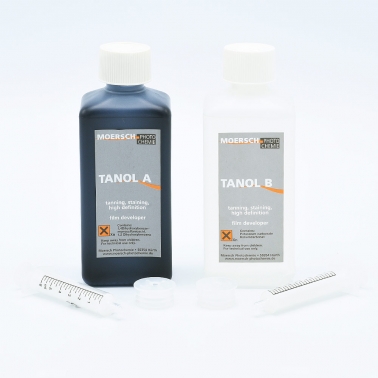 Moersch Tanol is a staining film developer for a high resolution, maximum sharpness, and relatively fine grain. Intended for both tank and tray development. Rotation development is possible, but in direct comparison with tank or tray development the sharpness will be reduced.

As with most Pyro developers, a colored stain builds up in proportion to the silver content of the film. The Tanol-based stain is less obvious to the eye than the Pyro-based stain, but has just as strong an effect. The coloring agent builds up between the silver grains, and therefor minimizes the graininess that is otherwise almost unavoidable with a sharpness-enhancing developer.

When used to print on a fixed-grade paper, the stain has virtually no effect on the contrast. However, with variable contrast photographic paper the denser areas of stain will act like a soft-contrast filter.

This developer is particularly interesting for large format sheet film, if the negatives are to be used for traditional silver, platinum, cyanotype printing, or other alternative processes. When used for contact printing, as well as in older traditional photographic processes, very dense highlights and a linear contrast curve are necessary (a contrast range of between 1.7 and 2.0 logD is required). Exposure is made with a daylight or a UV light source, and since the stain blocks UV light, a print can be made directly from the original negative.

2x250ml for the preparation of 25 litres of working solution – capacity 90 films. Comes in a refillable plastic bottle with an injection lid.

You do not need to rinse before developing the film. The only exception is Delta 400. After a couple of minutes of developing this film you get a lot of foam in the tank. If the tank is only filled to just about cover the film, this can lead to errors in development. You can overcome this problem by rinsing the film for 2 to 3 minutes before you develop.

Dilute developer and alkali with water in a ratio of 1+1+100. Do this immediately before you start developing. In such high dilutions the water quality can have consequences for the film speed. Therefore we recommend the use of distilled water. In tap water the film speed can be 1°DIN higher as well as lower than shown in the development table.

Unlike the familiar staining developers on the basis of pyrogallol, auto-oxidisation of Tanol starts a lot later. This is an advantage when developing N+ based on the zone system. During long development times you don’t need to worry about early exhaustion.
As with pyrogallol a dye builds up proportionally to the silver density. The ‘Tanol stain’ is less obvious to see than the ‘pyro stain’ but just as effective. The dye accumulates between the grains of silver and lessens the impression of graininess that necessarily occurs with all sharpness developers.
When using graded paper the stain has little influence on the highlight contrast as long as you stick with the recommended times. On VC paper the stain acts as an additional soft filter in the higher densities.
This developer is especially interesting for large format negatives. The results will be suitable for conventional development as well as alternative development techniques such as platinotype and cyanotype. When using contact printing techniques of the early days of photography, you need negatives with dense highlights and a straight lined density curve. The contrast range should be between 1.7 and 2.0 logD. When printing, expose with daylight or UV light. Since the stain blocks UV light, you can print straight from the original negative. The stock solutions have a shelf life of 2 to 3 years (even when opened). 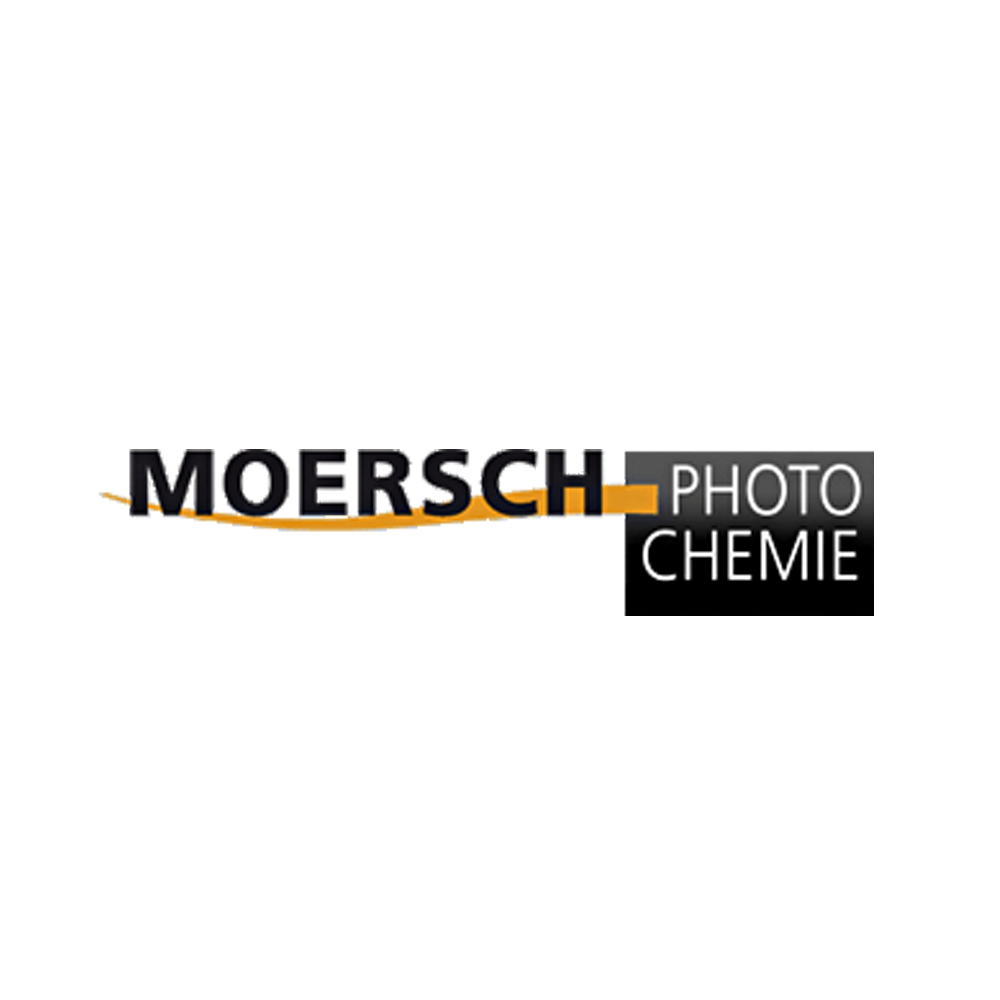