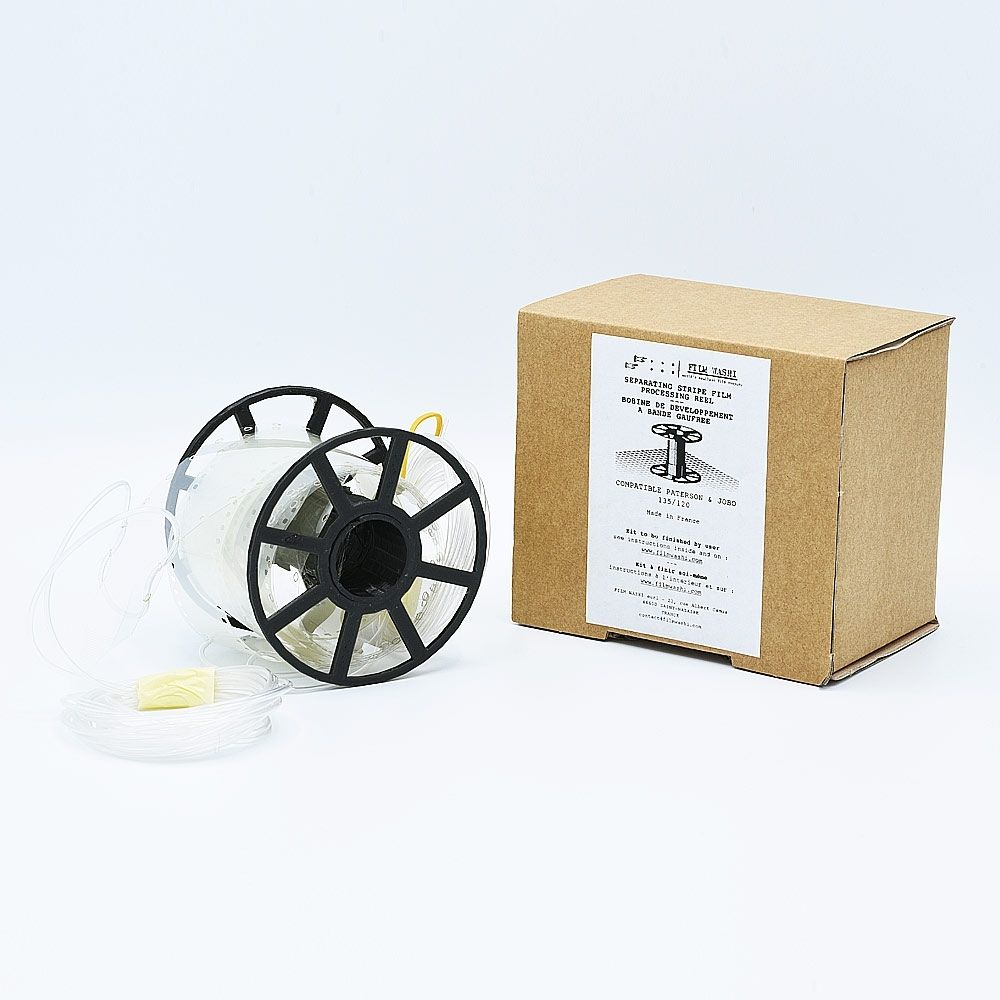 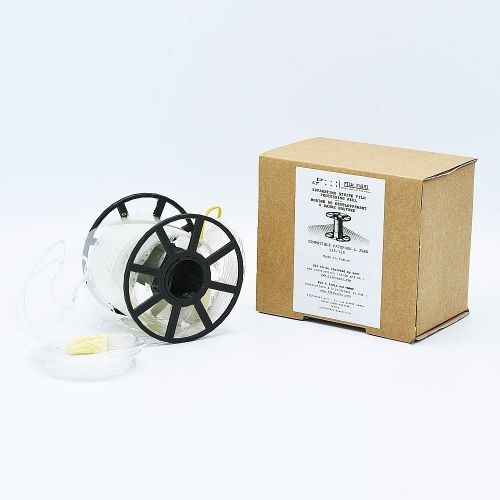 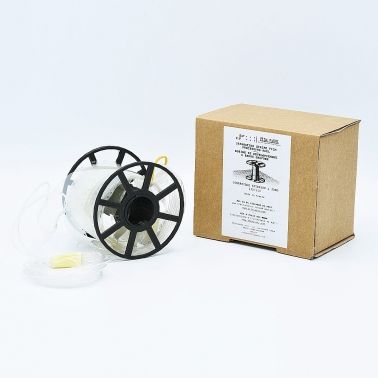 This processing tool is made specially to process Film Washi 135/120 "W" & "V" in Paterson or Jobo compatible tanks. This kit is not recommended for use with regular films coated on triacetate or polyester base.

To use it, you first need toeach of the two separating stripes.

To do that, you need to pass the plastic string in and out of the edges perforations, following the pattern already initiated on each stripes.

Once you reach the end of the stripe (right before the black plastic stick), make a simple knot to stop the string and cut the remaining string.

Adjust the size of your reel by gently pushing the female part of the reel along the axis until it clip at the correct size.

Pass the notched end of the stripe under the plastic clip, your kit is now ready!

According to each film sensitivityyou can process under red light or in total darkness, please refer to eachfilm data sheet.

Place the end of your film on top of the plastic clip. If needed you can pass it under the clip but it is not necessary.

Roll your film and the separating stripe together around the axis of the reel.

Passyourprocessingreelonyour Patterson axis, insert it in your tank and close it. You can now process your film as usual.

Once your process is finished, open the tank, take the reel out and separate gently the film from the stripe. This last operation can be done in cold water to prevent scratches on the film.

Once the film is correctly washed, it can be dried as usual.

Note for Jobo users: Jobo axis are slightly smaller compare to Patterson. To assure a good grip on your reel, just twist the rubber band around the middle of the Jobo axis. 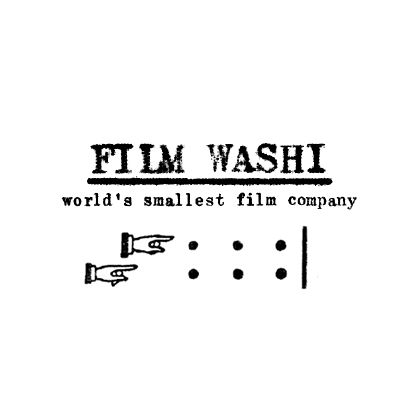 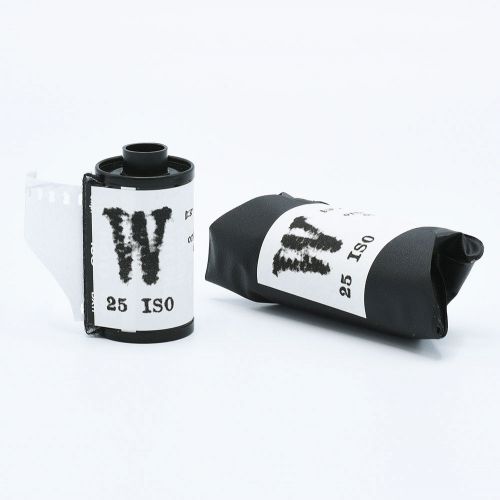 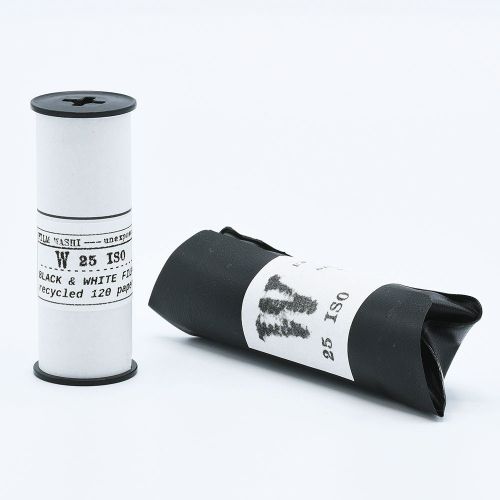 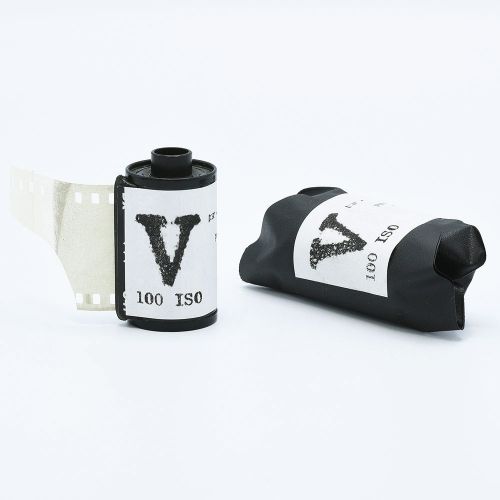